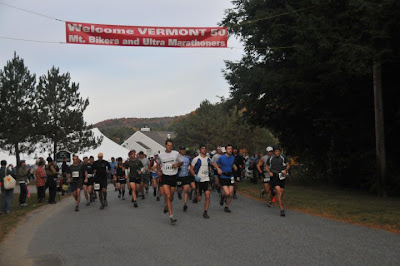 This race was by far one of my favorite 50K races yet!  And not just because all of the running gods and trail nymphs were working in my favor all day! This course embodied pretty much everything I love about trail running: great trails, beautiful natural landscapes and a relaxed atmosphere from start to finish.
I wasn’t out to race anyone or set any record breaking speeds for myself and I think that’s part of why I had so much fun: I wasn’t stressed or obsessed with any time or place goals. I strapped Ryan’s Garmin GPS watch to my waist belt and only looked down at it twice over the course of the entire race (also because I think that watch is annoying but that’s a whole ‘nother post). I also ran with my camera attached to my waist belt and actually took time to keep my eyes up, enjoy my surroundings and snap some pictures on the trails (it helped that the terrain was not super technical so I could actually afford to take my eyes off of it!). 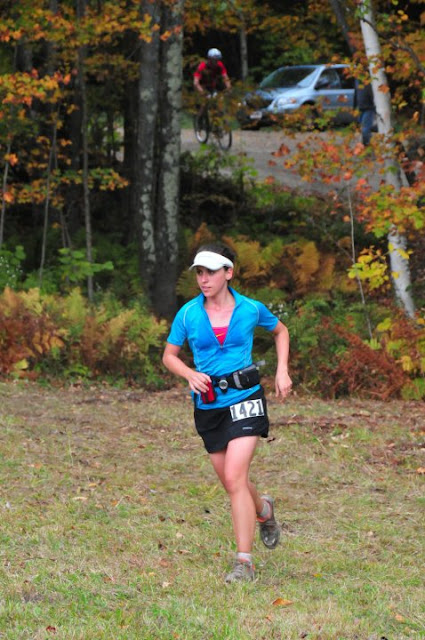 The scenery along the 50K course was absolutely fantastic, Fall was popping up all over the place and the weather could not have been more ideal for running (50 to mid-60s). How beautiful are these colors?! 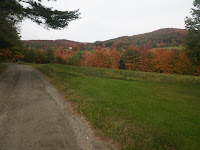 At the pre-race briefing, we were cautioned that we’d be sharing a lot of the trails with the 50M mountain bike course. That sounded like a nightmare! But actually, every single mountain biker (and there were LOTS of them) was super nice, always called out before coming barreling by and was very cautious and supportive of us runners. I was so impressed and actually quite enjoyed sharing the trails with them! It created an entertaining game of leap frog getting passed on the downhills and then passing on the uphills. 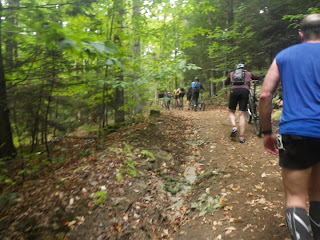 And every now and then I had to throw myself into a tree off the trail to get out of the way on the switchbacks descents! But I can’t tell you how much happier I was to be running than mtn biking! After a crazy experience at the MOMAR race (exactly) one year ago, I wonder if I’ll ever get on another mtn bike again!!! 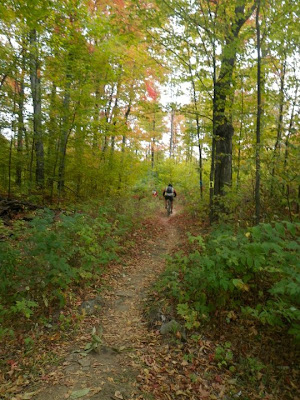 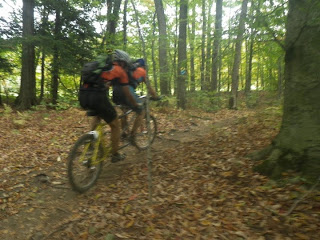 The first 14-ish miles of the course mostly followed grave/dirt roads on undulating terrain (which reminded me of Mountain Masochist). When I saw Ryan at the Dugdale aid station about 2:10 hours into the race I knew there were well over a dozen women ahead of me but I didn’t mind. I was feeling great, having a good time, and knew that we had yet to hit the “difficult” miles. Sure enough, the remaining 18 miles followed very squiggly single and double track dirt trails that were ridiculously fun. I continued to feel great and caught a 2nd wind (although… I never really “lost” the first one…). According to the course description, the 50K had 5,600 feet of elevation gain, most of which came during this second part of the race. 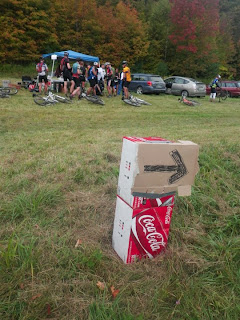 Over the course of this 2nd part of the race I knew I was overtaking a lot of people but decided not to keep track. I told myself I was going to run as fast as was fun, how ever fast or slow that pace would be. Turns out, it was pretty fast. So I went with it. And I was surprised to discover that my energy levels and enthusiasm only improved as the miles went along. I ended up finishing in 5:20:15 which landed me first amongst women in the “under 29” age category (by a full 12 minutes!) and 7th out of all of the women. But I think I was most surprised to see that I finished 26th overall (out of 199 runners)! 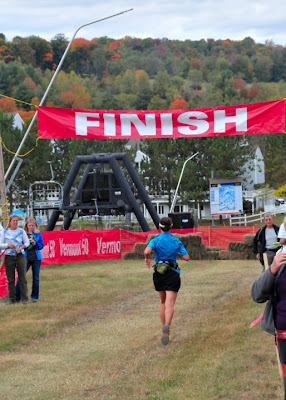 At the finish festival they had a fantastic post-race meal for the runners, a live band and beer on tap. The best part was looking around at all of the mountain bikers who were covered in grime and dirt – they looked like warriors! 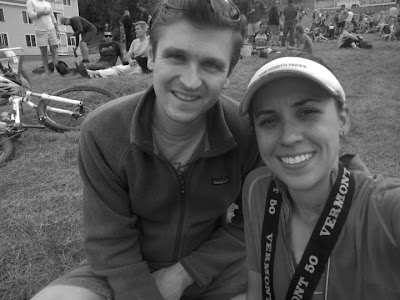 Once again, my favorite Icebreaker top & Patagonia multi-use skirt did the trick as did my Inov8 Roclite 268s which were absolutely PERFECT for this terrain. No stink, no chaffing, no blisters. :-)