Having just been created in 1985, El Chaltén town is Argentina´s youngest settlement which was established as a result of the (still ongoing) border disputes with Chile in order to officially plant the Argentinan flag along this edge of the Andes Mountains. The road leading to this gateway to the iconic Monte Fitz Roy has only just been paved in the past couple of years, infrastructure is severely lacking and commoditities are very expensive (or non-existant). Nevertheless, it boasts itself as the “trekking capital” of the Patagonia. Whatever it calls itself, one thing is for certain, the mountain landscape is epic! 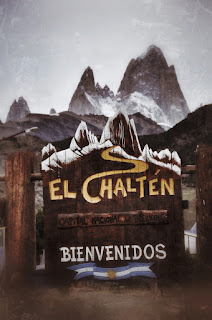 Recognize the the skyline? Well, you guessed it, it´s where Yvon Chouinard got the logo for his outdoor clothing company, Patagonia. Chouinard himself has a special connection to this region having climbed Monte Fitz Roy in 1968.

Here it is again, in all its (rarely unclouded) glory! It took us an entire 7 days of patiently waiting for the clouds to stop messing around to get a clear day like the one above. But it was definitely worth the wait!

In the meantime, we kept ourselves busy trail running and searching for some place in town with internet that actually worked so we could find out if our new nephew in the UK was born yet (he was born happy and healthy on Jan 12th!). The inconvenient thing about El Chalten´s remote location is that internet service is spotty and weak, but the convenient part is that you can skip lugging around a heavy backpack and just do a bunch of day hikes or trail runs from town. We based ourselves from the El Relincho campsite, which although it was extremely windy and a bit crowded, was cheap and cheerful.

Our first exploratory run was a 25km out-and-back run up to Lago de los Tres which offers an in-your-face view of Fitz Roy and the impressive agujas (needles) along its ridge. We didn´t exactly ease back into trail running (we´d really only run 3 times since the Auckland Marathon…) as we picked a trail with over 800m of ascent to start off with! It was rough going and my heart-rate was definitely way higher than it should have been but it was empowering and fun to bomb it up and back down in less time than it takes most people to just hike it one-way. 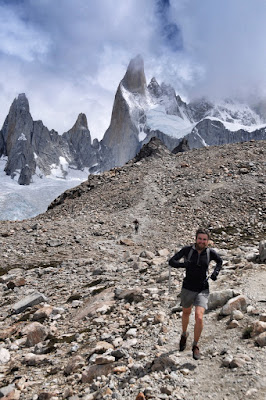 We sat at this spot for an hour watching the clouds play tricks on us by lifting and dropping every few seconds but never really giving us a clear view of the peaks. 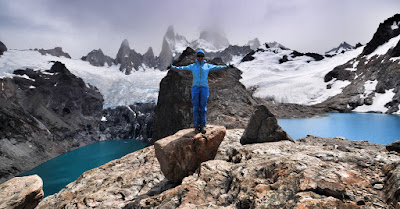 Luckily, even with the clouds lurking low, there´s plenty of awesomeness to admire including the two blue lakes and BIG glaciers hanging everywhere. 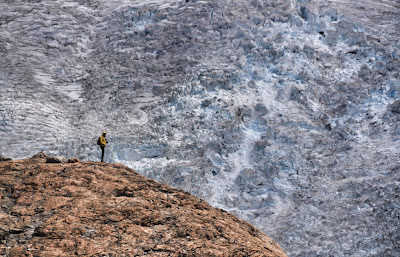 And the everchanging sky gave us plenty of neat photo opportunities in every direction. This was a particularly gorgeous sunset (at 10:30pm!) from our campsite. How does the saying go? “Red by morning, sailor´s warning. Red by night, sailor´s delight”… we hoped this would mean a clear sky the next day… 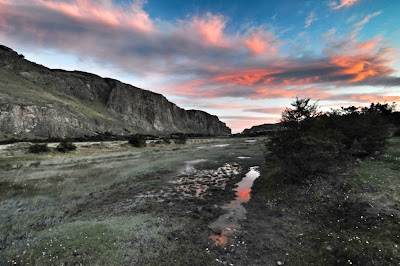 Nope. Eery and sullen. Even the black Andean condor soaring in the sky darkened the mood. 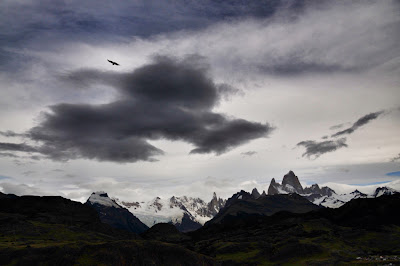 But atleast we saw to the tops!!! Cerro Torre´s ice crusted summit looks daunting (not to mention its intimidatingly vertical walls). 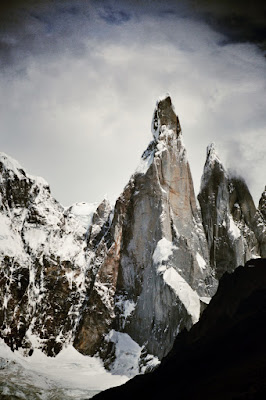 We ran another 25km out-and-back to the Lago Torre mirador on one day and 25km again up to the top of Loma Pliegue Tumbado (1550m) on the next day but didn´t see Cerro Torre again :-( 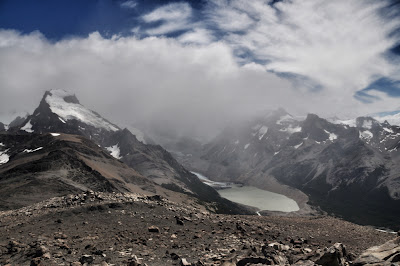 Until our very last full day in El Chalten! The night had been perfectly still and we awoke to not a single cloud anywhere in any direction for as far as we could see!!!! 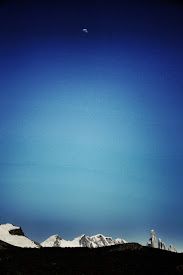 So we laced up our shoes, packed some sandwiches and set off again. Thankfully, not only did we get “the” shot here but the bulls (you can see one in the far grass on the left) decided not to chase us out this time… !! 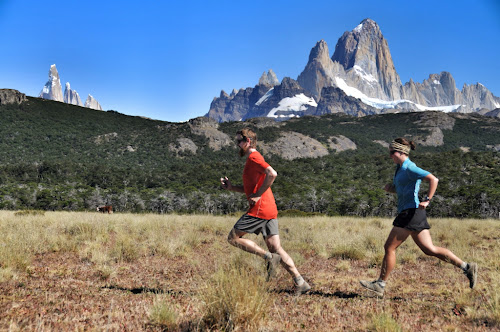 We ran past Loma del Pliegue and continued into the next valley with our goal being the Paso Del Viento (50km out-and-back from our tent in town) which you can see all the way at the end of the valley. We needed a clear day with good wind conditions to even consider the pass safely and wanted a clear day to be able to enjoy the view of the Southern Icefield and the Viedma Glacier that lie on the other side. 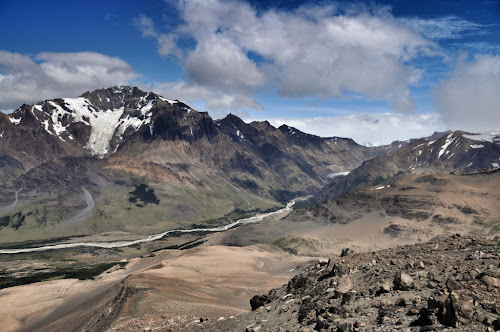 The route beyond Lago del Toro is recommended for overnight and mountain guided hikers only but we had spoken with the park rangers and felt confident in our experience level and ability to navigate that terrain if the weather cooperated and if we could make it across the Rio Tunel…. We had the weather in our favor so this river crossing would be our biggest “if” today.

Unfortunately, the “if” turned into a definitive “no” when we saw what we were facing: 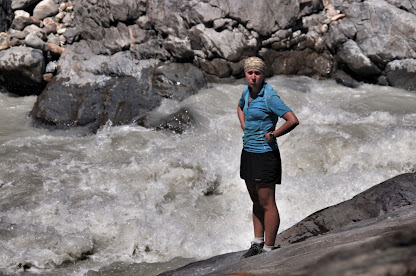 We had two options: either ford the ice cold glacial river or cross via the tirolean. The hot clear day meant the water was rushing violently so fording it was out of the question. The rangers had advised against using the tirolean, so we didn´t have the gear to do so anyways. But even if we had had it, I´m not sure you could have paid me enough money to hang from the canyon walls about 20 feet off the surface of some deathly fierce rapids. (I am pointing to the cable hanging over the water in the photo below) 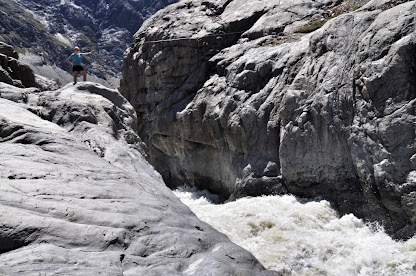 We chatted with a couple of other hikers who had tried unsuccessfully to ford the river at 6am saying it was deep and strong and the risk of ending up in the canyon just 100m downstream was too real. So we sat and had a sandwich there instead :-)

It was a bummer to not be able to make it up to the pass as the views would have probably been spectacular, but it was still a great (and long) day out in the mountains and a fantastic final run in this part of the southern Patagonia! Next, we´re off to the far north of the Patagonia (after a 30 hour bus ride…)

One Response to "Fitz Roy"